Check out my new Swiss Personal Finance Course to Show You Exactly How to Build Wealth, Step-by-Step. 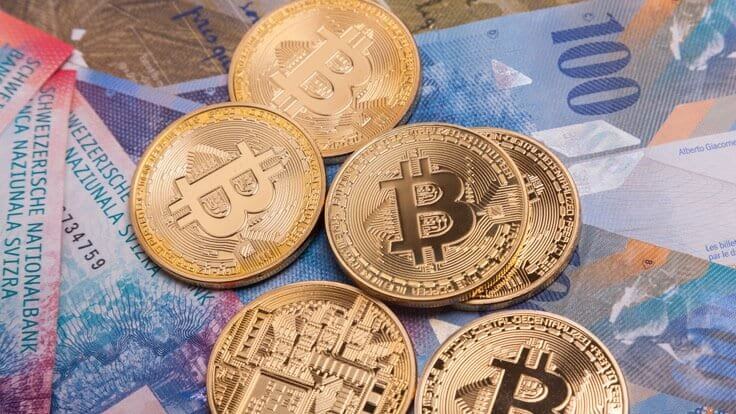 The information provided on Investing Hero is for informational purposes only. Please read our disclaimer.

This article is part of the investing basics series which covers a range of topics you’ll encounter when you start on your investing journey. Be sure to check out the resources section to learn more.

Before we get into this, a word of warning. Cryptocurrency is extremely volatile.

Possibly, one of the riskiest types of ‘investments’ you could make.

As in, ‘commenting on the attractivness of another female in front of your wife’ type risky. You have no idea which way that will go, but the chances are it’ll be down for the rest of the day. And pretty freaking volatile for the remainder of the week.

Risky. You get the idea.

Many would argue that cryptocurrencies are not an investment, but a speculation.

Let those numbers soak in a little.

While interesting to learn about, exercise extreme caution with crypto as an investment vehicle, and be very sceptical of anyone pushing such products, tokens or initial coin offerings (aka ICO’s) on the promise of generating favourable returns.

By all means, have a play with cryptocurrencies with some beer money. But for your long-term investment strategy, stick to the boring stuff.

Related reading: ‘How to create a simple budget plan to kick start investing‘

So, what is cryptocurrency?

Put simply, cryptocurrency (or crypto for short) is digital money. An extremely secure and decentralised version of money.

There are no physical coins or printed notes, it isn’t linked to a single country, and there is no central party, like a bank or government, controlling its use or amount in circulation. You just need a smartphone with an internet connection.

These are some of the reasons why crypto is so radical in finance, and why it has such strong opinions on it’s future use.

On the one hand – it’s extremely exciting technology which can do a lot of good to the world. On the other, there are concerns on regulation, taxation and political instability crypto could bring to nations as this new frontier of decentralised wealth and value creation increases.

This decentralised control of transactions is managed via computers on the network and recorded on a blockchain, which is a public ledger of every transaction which ever took place with the cryptocurrency.

These transactions are managed by mathematics (cryptography) to verify the legitimacy and secure the record of the transaction.

How did cryptocurrency start?

In 2008, the first cryptocurrency, named Bitcoin, entered the world. The Bitcoin whitepaper and original implementation is credited to ‘Satoshi Nakamoto’, the true identity of which remains a mystery.

The Bitcoin Foundation was setup to promote and increase the adoption of the coin, and after a few early years of transactions, everything from buying pizza with 10,000 Bitcoins to being used on the black market, Bitcoin started to go mainstream.

As the media, retailers and traders caught onto the trend the price went from pennies to literally thousands of dollars for a single Bitcoin.

Since then, hundreds of other cryptocurrency ‘altcoins’ have been created, which are all generally underpinned in a similar manner by using cryptography and a decentralised blockchain.

How is cryptocurrency different from money?

Crypto and ‘old money’ share a lot of common ground. Like money, crypto is regularly used for transacting the purchase of goods and services, is transmitted over the internet and can be exchanged for different currencies such as CHF, USD and EUR.

Outside of that, there are some key differences.

Above are listed some of the key differences, but behind the scenes from a technical perspective there are many more. As you can see its quite a contrast, in some interesting ways, to traditional money.

What are some example types of cryptocurrency?

We won’t compile a complete cryptocurrency list here because there are thousands of different types of crypto on the market. From ‘flash in the pan’ scammy tokens to the established heavy weights such as Bitcoin, there are plenty to dig into.

It’s difficult to pick out the best cryptocurrency on the market, all have different applications and use cases, and various levels of credibility and technical development to support them.

And to be honest, there is a lot of junk designed to maximise profits for the creators and traders through market manipulation, with little real world application outside of the trading platform.

But the big 5, based on adoption and popularity, would likely consist of:

You can see a more comprehensive list of the different types available at CoinMarketCap.

If you enjoyed this post and want to keep up to date, I recommend the cryptocurrency news reddit, and CoinDesk for daily commentary. 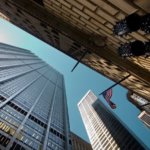 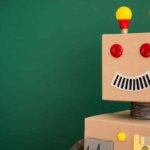 Next Post Robo Advisor Reviews: What do you need to know?